You and your fellow excavators have reunited after six years and returned to the wasteland. Following a tattered map you set out in search of vengeance, glory and mighty relics waiting to be recovered in an ancient facility; a dome beyond Red Crater.

Beyond Red Crater back cover blurb…

Six years ago your comrades from the town of Rust Watch were attacked on the edge of an ancient blast hole. Your militia patrol arrived back at camp too late and came upon a scene of devastation. You discovered that while a dozen of your people were taken captive, most were slain by the skullocks of the Bloodpath Clan. Your leader, Three Fisted Sammy, was found dying. The mutant tore up a blood stained map and gave you each a piece, along with careful instructions; return in six years, join the map together, and seek vengeance, glory and mighty relics waiting to be recovered in an ancient facility; a dome beyond Red Crater.

In this fast paced multi-path adventure, player characters reunite to fulfill an old request from a much loved militia officer. Their journey takes them passed a cursed crater, through ruins and ravines, over a river and across a salt flat to the foot of a concrete edifice. Therein, ancient technology and terrible beasts resist their advance as they uncover remarkable ancient treasures, twisted schemes, and nameless perils within the mysterious dome.

Designed for 6 to 10 first rank characters, this module isn’t setting specific and can either be dropped into a game master’s own campaign region or take place in the Crossroads Region by substituting Rust Watch for the fortified town of Pitford.

Included in this 132 page book are 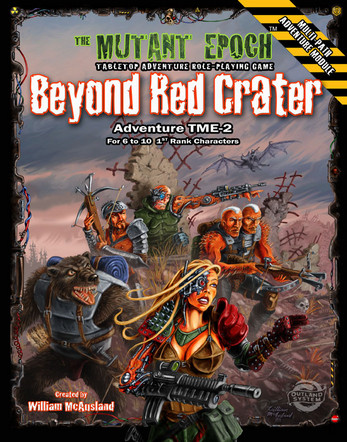 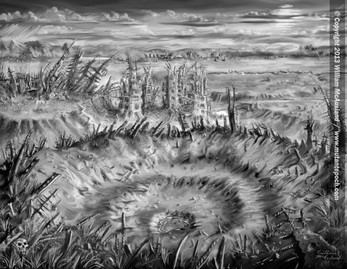 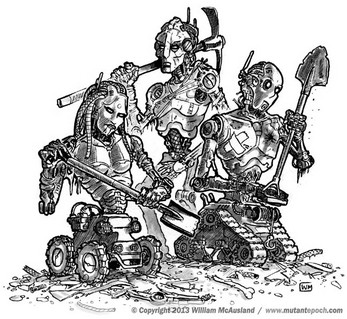 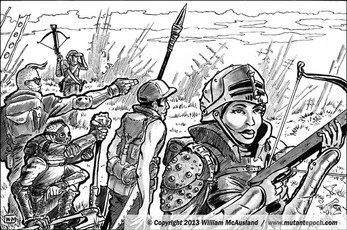 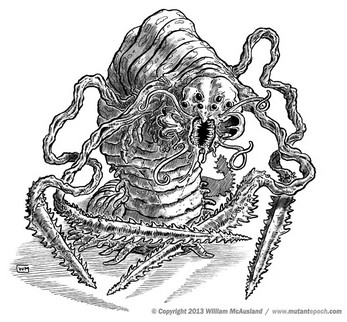 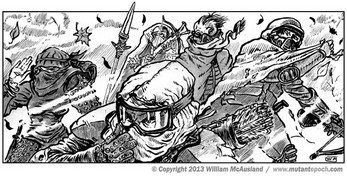 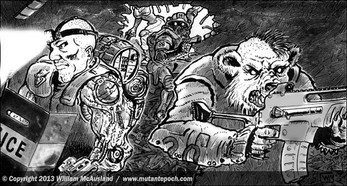